Is AL-TV returning or did you find a nice interview? Just tell the folks here.

Yes! Beautifully done all around! So well edited!

I couldn't tell a dirt clod from a plate of caviar.
Top

Even though everyone's sick of politics, y'all gotta see this video:
https://www.youtube.com/watch?v=FdBF6h7oH5I" onclick="window.open(this.href);return false;

IDK if anyone's saw this, but someone remixed the last debate with Al interviewing the candidates musically.

This is.....HILARIOUS! It brings me back to the whole "Home Invader" remix song era, the manipulative editing, Trump's "headbanging" to the song, and Weird Al....being Weird Al. His....general existence and facial expressions. 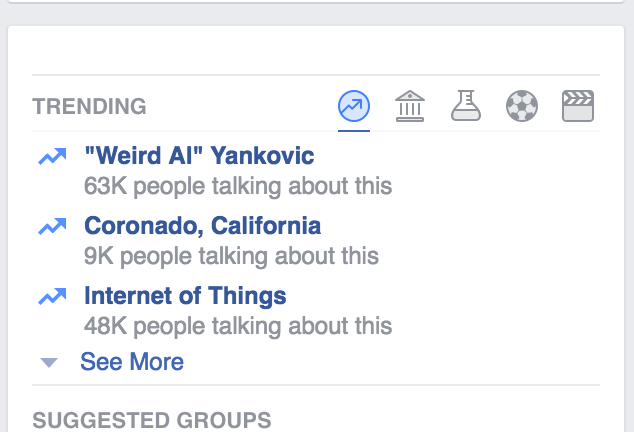 Hooray!
"Be the climate, not the weather." -Al Yankovic
Top

Heck yeaaaaaaaah! I changed my cover photo on FB to a still from that video and my tumblr header.

Youtube
I'm afraid the minister has fallen through the Earth's crust.
Top

Not really an Al video per se, but this guy is listening to the Howard Stern interview with Al while this woman screams at him. Bonus points, he's literally trapped in the drive thru https://youtu.be/aWv6uODVjjE" onclick="window.open(this.href);return false;


Al appears at 26:57. I thought he was legitimately going to curse...
"Be the climate, not the weather." -Al Yankovic
Top

"Not available in your country."

That would have been something though, if he had. The less you swear, the more power it has when you do, so at this point, anything Al said would be nuclear.

Spoiler:
ailed to meet my expectations

I couldn't tell a dirt clod from a plate of caviar.
Top
Post Reply
1518 posts