Will the Simpsons song "Homer & Marge" be released on an album or single?
Top

Most likely, no, since AL didn't write it.
Top

QUOTE Will the Simpsons song \"Homer & Marge\" be released on an album or single?

You're probably going to have to wait for the "Complete Fourteenth Season" DVD set for the song to get released.

Unless, of course, Fox and Rhino do another soundtrack from the series (a la "Songs in the Key of Springfield") and get the okay from Volcano to use the song.

I just hope you were able to hear the song when the episode originally aired, since this recent repeat cut Al off during the end credits.
Top

I just hope you were able to hear the song when the episode originally aired, since this recent repeat cut Al off during the end credits.

Yeah, I was mad they cut it off, so I just sang the rest of the song.

Last night at the Simpsons Take the Bowl event, Al sung a full version of Homer and Marge. (full 3-minute song) I know...I totally should have recorded the whole thing but I was too in awe of the performance. I have a friend who's attending one of the other shows this weekend so I will do my best to get her to grab the lyrics so I can post them here.
Top

I'm going to the show on Sunday. Will definitely try to record it!
And Peggy
Top

The performance WAS recorded in whole by multiple people. Here are the lyrics for anyone who wants them.

Spoiler:
Little ditty, about Homer and Marge
Her hair was as big, as his stomach was large
Yeah they met in school in '74
If you do the math, they're now 60 or more
Suckin' on a Squishy, outside the Tasty-Mart
Homers building arterial plaque in his tender teenage heart.
Homer says "Hey Marge, a lifetime of fun's about to start"
Ah, but then they got it on, and they made them a Bart.

Homer tried to jump the Springfield Gorge
Got himself in a feud with a bad neighbor named George.
Marge almost had a fling with her bowling instructor.
But she turned him down, so that guy never...kissed her.

Oh yeah, life goes on,
Long after the great Maude Flanders is gone.
Oh yeah, they say life goes on,
I won't even reference season 10 on.

Gonna let it rock, let it roll,
Here with all my nerds at the Hollywood Bowl
Hold on with two hands as long as you can
Take a your son to the steel mill that's chock full of gay men.

Oh yeah, the simpsons will go on
Long after the human race is all gone.
Oh yeah, they say life goes on,
You can buy my merch at weirdal.com. One Word.

Little diddy, about my favorite show,
Now I guess it's time for my accordion solo.

"Be the climate, not the weather." -Al Yankovic
Top

Actually, the version of the song that appears in the episode was included on the 2007 "Testify" Simpsons soundtrack, which can be bought here: http://www.amazon.com/Simpsons-Testify/ ... _1?ie=UTF8" onclick="window.open(this.href);return false; 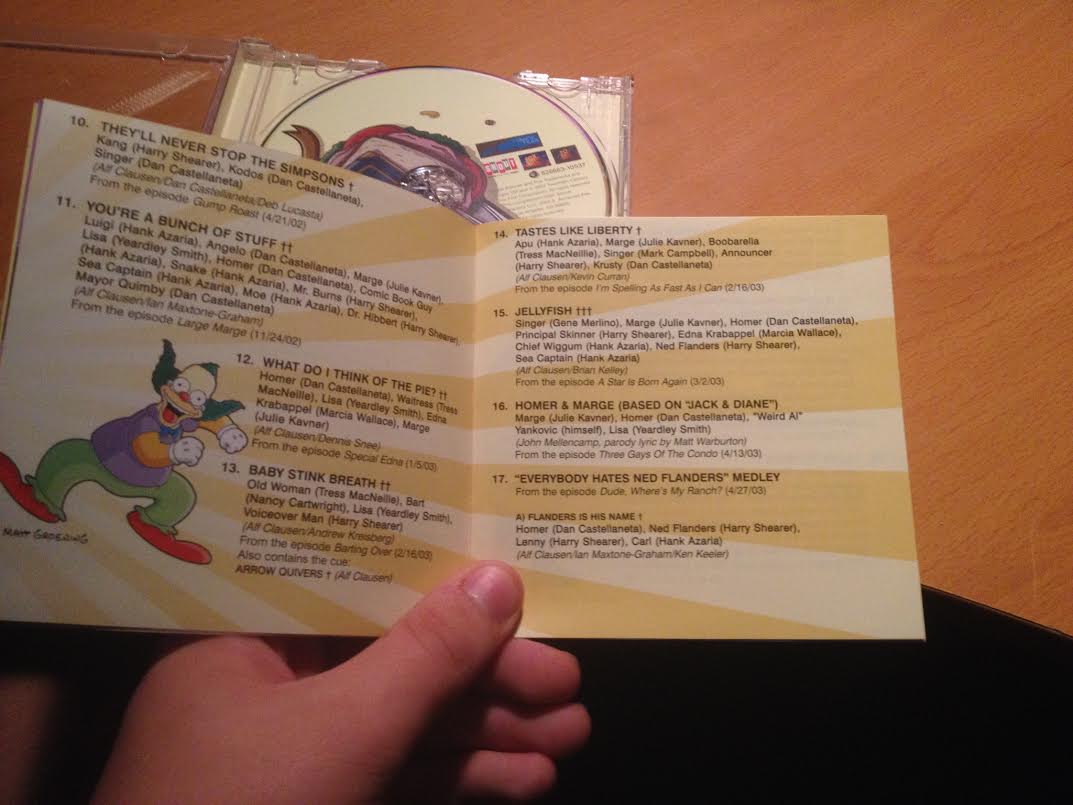 I wonder if the full version was written by Al or if that version will ever be released somewhere.
Top

drewdy9999 wrote: I wonder if the full version was written by Al or if that version will ever be released somewhere.

Wouldn't surprise me if Al did. Yeah, it's a little hastily written, but seems like stuff he'd come up with. Wish I could hear it!
Your Horoscope For Today: Try to avoid any Virgos or Leos with the Ebola virus.
Top
Post Reply
16 posts